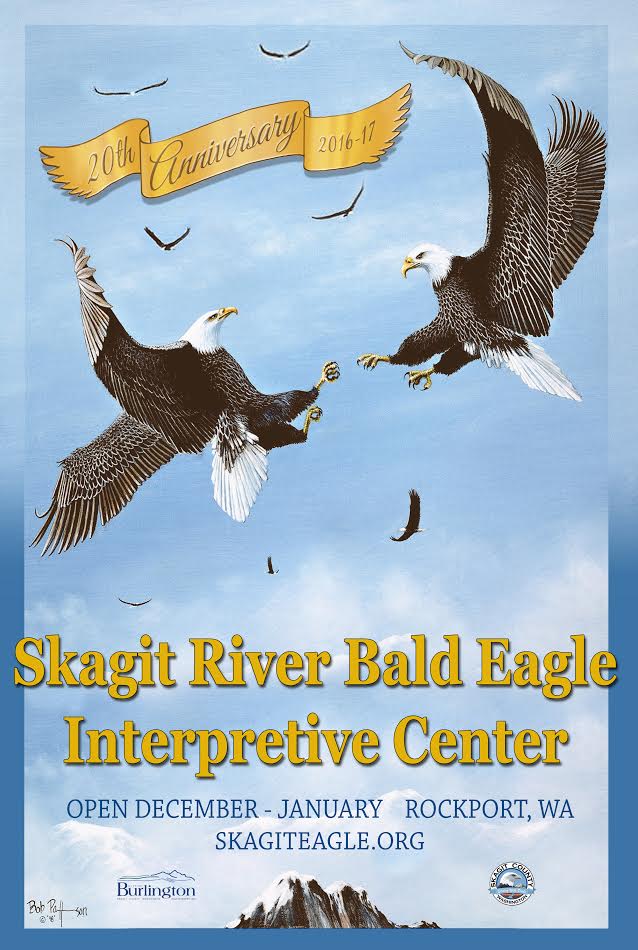 Our 20th Anniversary Poster 2016-2017, highlights the majestic dance of two bald eagles as interpreted by La Conner artist Bob Patterson. The original oil painting that is the basis of the poster is entitled “Eagles Bonding.” We thank Bob for allowing our organization to use his beautiful artwork. We also give thanks to our Graphic Designer, Don Smith, who helped create the poster.

Posters will be for sale at the Interpretive Center beginning December 3, when the facility opens for the season.

About the Artist, Bob Patterson

Bob Patterson moved to La Conner, Washington in 2004 from Alaska where he owned a major gallery in Anchorage, creating more than 1000 originals. Bob is a self taught artist in many media including oils and charcoal. He has also written books on Native American folklore. Visit Patterson’s website to learn more about the artist.